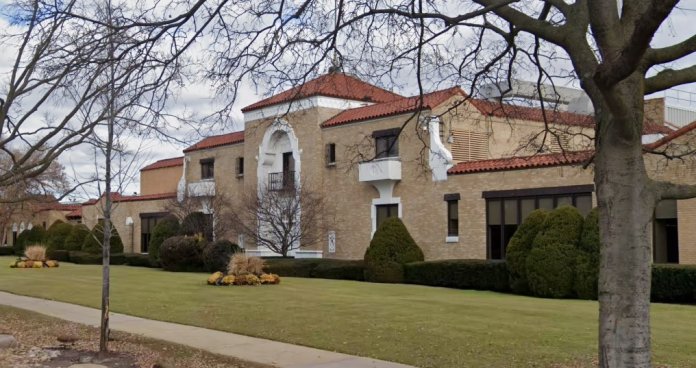 “When it comes to what community members want to replace the Mars candy factory 2019 N. Oak Park Ave. in Galewood once it closed in 2024, the people have spoken. Residents have settled on a mixed-use development for the site.
“‘So this is a factory with walls,’ Goldstein said on Oct. 8. ‘Now we’re trying to create a community without walls.’
“The design proposal that the majority of community members recommended during the fourth meeting features a ‘boulevard’ design, which is a style that provides lots of green space and is bifurcated into seven different areas.
“One area includes roughly three acres designed for neighborhood commercial or healthcare uses. Another seven acres is split in two, with one side dedicated to a training, education or recreation space. The other half would house offices and a business incubator. Additional acreage will be divided into a space housing an outdoor classroom, a wildlife habitat space and an area dedicated to urban farming and renewable energy, among other uses.
“A landscaped boulevard path will stretch throughout the areas for access and a service road along the railroad will allow trucks to travel to the urban farming or business areas, eliminating residential traffic on the other side of the site, Goldstein said.
“During the fourth meeting on Oct. 8, Kandalyn Hahn, representing the historic preservation division of the Commission on Chicago Landmarks, said she’s confident that once a status report is complete, the city will focus on preserving the factory’s original facade dating to 1929.
“‘The majority of landmark preservations only concern the exterior,’ she said. ‘That means whatever you want to do to the interior — you can do it.’
“Whether or not the site will become a landmark, however, comes down to a City Council vote following the completion of the report.
“Hahn said the Mars factory site is considered an orange-rated building, meaning it has significance within a neighborhood context. She said the determination of landmark status is a six- to 12-month process.
“She said the commission has met with Mars representatives to notify them of the building’s orange-rated status. A consultant has begun examining the building’s history and architecture to determine if it meets at least two of the seven criteria for landmark status.
“The design recommendation made by attendees over the course of the five meetings will be reviewed by Mars executives, who will make the final decision about the factory’s future.
“Following this decision, Mars will communicate with the community on a quarterly basis to update residents on the decision and buildout process, said Ben Anders, the sponsorship and engagement manager at Mars.” (O’Toole, Austin Weekly News, 11/11/22)
Preservation Chicago has attended all public meetings to voice support neighborhood preservation partners, to discuss the benefits of historic preservation, and provide expertise regarding the landmarking process. The Mars factory community meetings have been well run and there is now strong, nearly universal support for a historic preservation to the 1929 building and other historically significant structures. We hope that a Chicago Landmark Designation will be pursued as well.
Read the full story at Austin Weekly News
West Siders settle on plan for redeveloping Mars factory; Community members agree that a mixed-use development would be best for the factory after it closes in 2024, Jamie O’Toole, Austin Weekly News, 11/11/22
Mars Chocolate Factory Closure Could Mean A New Library, Gym Or Nature Center For West Side Neighborhood; Mars Wrigley plans to donate the historic factory to the community when it closes the facility in 2024. Residents are working with the company to plan for how the building will be used, Pascal Sabino, Block Club Chicago, 4/20/22
Mars Wrigley closing nearly century-old chocolate plant on Chicago’s West Side, Robert Channick, Chicago Tribune, 1/25/22
ADVOCACYWinsMonth-in-Review NewsletterOctober 2022 Newsletter
Facebook
Twitter
Linkedin
Pinterest
WhatsApp
Email
Print
Previous article
WIN: Long-Vacant West Loop Landmark Mid-City Trust & Savings Bank To Become Boutique Hotel
Next article
WIN: Exceptional Renovation Underway at Belden-Stratford