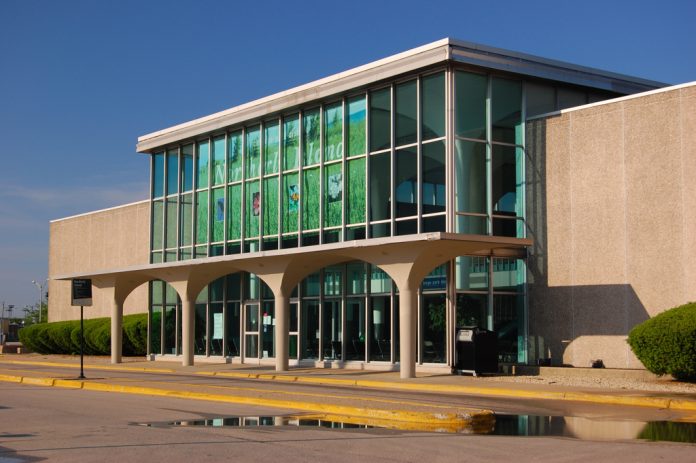 The 1961 Terminal on Northerly Island is one of two reminders of the Merrill C. Meigs Field Airport that was abruptly closed in 2003. The delightfully modern airport terminal was completed in 1961 by Consoer & Morgan. The two-story glass, steel and precast masonry building featured a taller three-story central structure with an atrium that offered spectacular lake vistas for waiting passengers. In 2008, with the frezy surrounding the efforts to win the 2016 Olympics, it looked as though the terminal’s days were numbered.

Update:  Although the city lost the bid to host the 2016 Olympics in  October of 2009, the threat to the future of the Meigs Field terminal building is very much alive.  At a November 2, 2010 public presentation, the Park District displayed concepts for a Northerly Island park that called for the terminal to be stripped of all of its exterior walls and turned into an open air pavilion.  This would not only destroy any connection that the park once had to its early origins as an airport, but would also remove a perfectly adaptable interior space that could be used for future park functions.