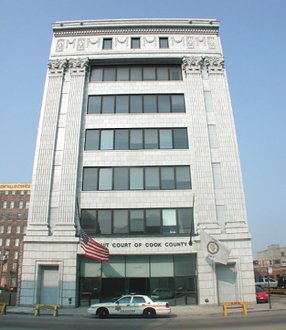 In October, 2005, all domestic violence cases that were heard in the Domestic Violence Courthouse at 1340 S. Michigan Avenue were moved to a new Domestic Violence Courthouse in the West Loop. As a result, the building, originally built as the Interior Furniture Company Building, has been left vacant. At the time of its listing to the Chicago 7, the area around the building had been undergoing rapid conversion to a high density high-rise neighborhood. This placed the old building at great risk for demolition and redevelopment.  However, instead, a plan was announced that was to convert the former courthouse to residential condominiums.

Update:Becasue of the downturn in the real estate market, the announced plan to adaptively reuse the building has been put on hold and the building remains vacant.