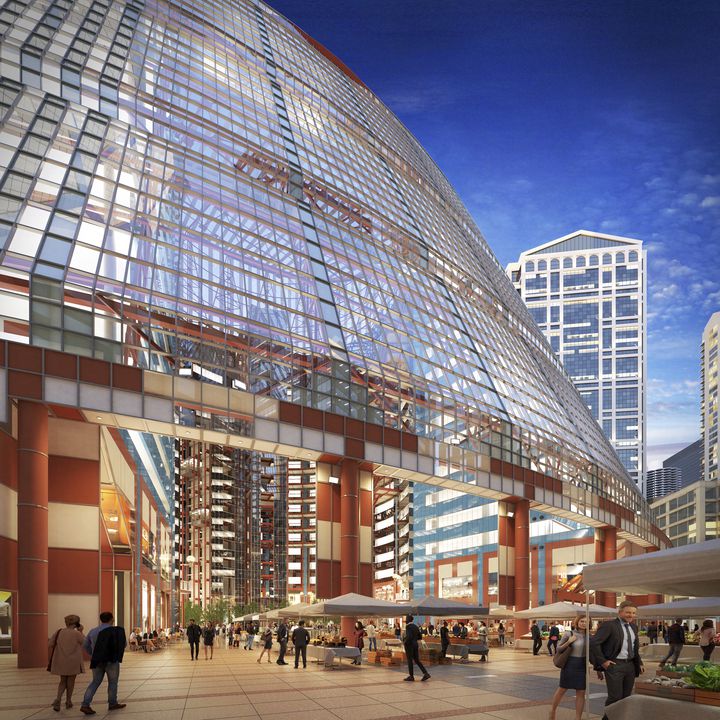 Landmarks Illinois released its annual most endangered building list for 2018. The list included three Chicago buildings including the James R. Thompson Center, the Second Christian Science Church, and The Forum.

Preservation Chicago applauds Landmarks Illinois for their decision to include these three Chicago buildings on their list and to help raise awareness for these important and endangered buildings.
“With some creativity, vision and committed investment, these endangered properties can be preserved and reused,” said Bonnie McDonald, President of Landmarks Illinois. (Freund, Curbed Chicago, 4/26/18)

Additionally, Landmarks Illinois released a conceptual rendering for the adaptive reuse of the James R. Thompson Center based on conceptual designs created by Helmut Jahn, the original architect of the building. These renderings illustrate possible ideas how an adaptive reuse plan could solve many inherent challenges with the existing building, reactive a dynamic 17-story atrium public space, and create a new super tall tower that could provide new revenue to the State of Illinois.